This post is a featured editor’s pick on BlogHer!

I was thinking of doing the BlogHer prompt for today’s NaBloPoMo, but instead I got inspired by my own idea for TV Tuesday. Yay for my own ideas! I love my television, and what I watch on it, and I write about pop culture and entertainment, so why not? So for my first TV Tuesday post, I’m going to talk about: Monday night. 🙂

When did Monday night become such a big night for television watching? Back in the 1990s, when NBC coined the term “Must See TV,” Thursday nights were the really important nights for television; the big ratings, high competition night that all the networks want to control. Despite Thursdays being like the new Fridays, it’s still the case today. Sunday comes in close behind Thursday (or maybe overtook it?) as a really important night for television—as evidenced by the fact that premium channels like HBO and Showtime only air new episodes on Sunday nights.

While Sundays and Thursdays remain the big nights, there are now so many networks and so much quality television that every night is important and there’s huge competition all the time. Well, except maybe Fridays and Saturdays, when everyone goes out. But even Friday nights are big for certain demographics. Friday nights (and Saturday, to a lesser degree) became a “geek night in,” airing genre shows like Grimm, Fringe, and The X-Files. Doctor Who airs on Saturday nights for geek viewing parties. I guess because geeks (like me) are less likely to go out to clubs and would prefer to stay in with like-minded friends watching the kind of shows we “weirdos” like.

Now this, of course, is all very subjective, because there’s quality television on every night of the week, so it all depends on what you like to watch. But for me, all of a sudden this season, Monday nights have become a massive night for quality television. (And Wednesday nights are a total wasteland.) I often measure this by how much I need to record on my DVR.

I record everything. The only shows I watch “live” are daily fake news shows like The Daily Show and The Nightly Show (well, and reruns of Friends); if I start recording The Daily Show, it’ll quickly get out of hand. Since I can only record two things at a time on the DVR, on busy nights I have to make huge decisions about what to record, what to find On Demand, and what to give up on completely. It’s quite a delicate balance.

Last night, I noticed that my DVR is in high demand, and I had difficult decisions to make. The problems are primarily because of The CW and MTV. The CW is not available On Demand, so if there’s something there I want to watch—and there is—then I have to record it. MTV used to be great, because as a cable channel they would air their original programming about a zillion times a day, repeating the episodes again and again. So if my MTV show conflicted with one of the network shows, I could just record it at one in the morning, or some other time.

MTV recently stopped doing that, much to my chagrin, at least with the shows I watch there. I’ve watched Awkward. and Faking It since their beginnings—which, btw, used to be on Tuesdays and only this season switched to Mondays. Although Awkward. is not as good as its first two seasons, I still look forward to watching it and I’m certainly not giving up on it yet, especially in its final season. But now, if I miss the original airtime, it may not be on again until a week later, and not always then. MTV does have an On Demand channel, but it’s nowhere near up to date, and the most recent episode is from about three weeks ago! What’s up with that, MTV?

I know exactly what’s up with that: in what has become a constant era of “must watch NOW TV,” it’s more important to watch live. And hopefully tweet, share, like, talk, etc. All the channels—network, cable, or otherwise—are doing whatever they can to get you to tune into the original air time, and ideally watch live. And of course, sit through the commercials. It’s all about advertising. 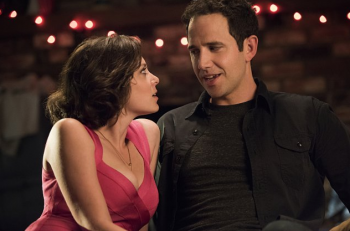 The CW, which is becoming one of my favorite channels, has two new(ish) shows on Monday nights, both of which I’m head over heels in love with, so they get the other coveted space on my DVR. At 8 p.m. is the new-this-season Crazy Ex-Girlfriend, a musical comedy about a woman who gives up a high-profile job in New York to move to a small town in California, possibly because of a former boyfriend. It’s a musical, so of course I had to try it out, and while I go back and forth about how I feel about it musically (a subject for another post), I really enjoy the show. So does my husband.

Following Crazy Ex is Jane the Virgin, now in its second season. Last year’s freshman hit is back and just as awesome as ever. I adore it. I was slow to give it a chance last year because I was put off by the premise: a woman, who is still a virgin (obviously), is accidentally artificially inseminated and becomes pregnant. It’s a disturbing premise, raising questions not just about likelihood and how is this possible, but about invasion of privacy, body politics, and malpractice. But it’s a lighthearted comedy steeped deeply in the telenovela (ie: the sudsiest soap opera) tradition, so naturally they can get away with such over the top plot lines. 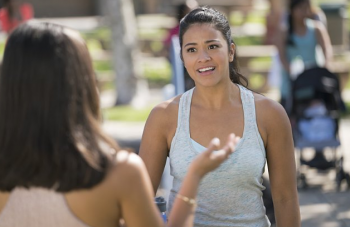 Gina Rodriguez in Jane the Virgin. (c) The CW

It’s such a wonderful show. It’s hysterically funny, but also devastatingly sweet. The characters are complex and entertaining, and though the stories are ridiculous in that soap opera way, it’s tongue-in-cheek enough to laugh at itself. Mostly, Golden Globe-winner Gina Rodriguez plays Jane with such dignity, passion, humor, and nuance that she is a charming and wonderful leading lady. It definitely doesn’t suffer from the problem many other ensemble shows centered around a lead character have (at least according to my husband): the lead character, the one we’re all supposed to care about and root for, is the least interesting of the bunch. That is definitely not the case with Jane.

While Crazy Ex is a fun, entertaining show, that also has a message (though entirely what that is, I’m not sure yet, since it’s only been about five episodes), Rebecca Bunch (Rachel Bloom) is really… a terrible person. She has issues, for sure, and what’s interesting about the show is how she struggles with her problems and fails to make good choices. But whether it’s her fault or not, she’s really a horrible individual. Jane is a truly good person, who’s more often than not surrounded by other good people. In this modern television landscape full of anti-heroes and scoundrels we’re supposed to identify with and root for, I for one really enjoy having someone good I can cheer on. 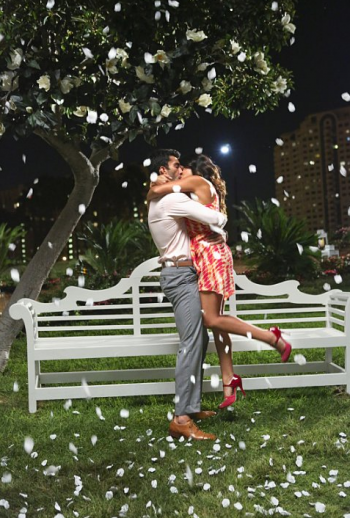 Not to mention, the common theme among all these shows (Jane, Crazy Ex, Awkward., and Faking It) is romance. They’re all romantic comedies.

So those are the shows that get my vote on Monday nights, bumping Minority Report, Supergirl (which I’ve just started recording), and even Dancing with the Stars to On Demand. If you haven’t watched Jane the Virgin or Crazy Ex-Girlfriend, I suggest you give them both a try, despite any initial misgivings about the titles or premises. You may enjoy them.

How about you, readers? Do you watch any of these shows? What are your big nights for television?