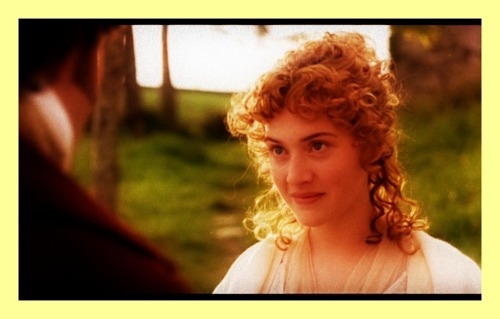 When the Ang Lee-directed movie Sense and Sensibility came out in 1995, I was 25 years old (was there actually a time when I was 25 years old?), and dancing with the Commonwealth Vintage Dancers in Massachusetts, a company that specializes in nineteenth-century social dance. Though I’ve done lots of English Country and Regency dancing, the styles most associated with Jane Austen’s time, CVD didn’t do as much Regency then, focusing instead on the 1860s, 1890s, and Ragtime (19-teens). But we certainly loved any era of the 19th century, and we loved Jane Austen.

I saw Sense and Sensibility in the theatre with two friends from the company, and they instantly commented how similar I was to its heroine, Marianne Dashwood, played expertly by Kate Winslet. I looked like her, I acted like her, I was young and passionate like she was, and I even had occasion to dress at least a little like her, but usually with a lower waistline.

I didn’t love this comparison. 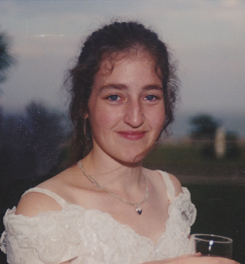 Yes, parts of it were fun: I certainly loved being compared to an Austen heroine, and Kate Winslet was and is a brilliant actress. It’s also fun seeing someone who looks like me on the big screen. But I didn’t like the character of Marianne Dashwood. I found her irritating and impetuous, uncaring and selfish. Yes, aspects of my personality were like hers, but hopefully, please, not those characteristics. Or was it a matter of being too close to the subject?

Now, here we are almost 20 years later, and while reading a review for the recent film Austenland, I came across Oxford Dictionaries’ “Which Jane Austen Character Are You?” quiz (which, to make things even more weirdly coincidental, was posted on my birthday). I had forgotten all about the previous Marianne Dashwood affiliation—it has been 18 years after all—but after answering the questions as honestly as I could, what was my result?

Am I still like that? I suppose, to some degree. I certainly have a big smile and I generally try to be happy. I am passionate, and when I come up with an idea I often want it to happen right away, which, while different from making it actually happen, can come across as impetuousness. The question asking what I thought was my greatest fault had “impetuousness” as one of the answer choices, and while I thought about it, I didn’t choose it as my response (I ultimately went with regret; what does that say about me?). In many ways, I still feel like a teenager, which Marianne is. I don’t know if I still look like Kate Winslet much, as we’ve both changed a little with age—I won’t say better or worse; just changed—but I’d still relish the comparison.

While I think I’d rather have been Elizabeth Bennet—and who wouldn’t—I’m OK with Marianne. There are certainly worse people to be similar to. I’d rather be Marianne Dashwood than, say, any number of the women currently on television (women are getting a particularly bad rap on TV these days, but that’s a discussion for another day). And as they say, if the shoe fits. . . .

While I worry too much about it, it’s always funny to think about how other people see you versus how you view yourself. It was a surprising trip back in time—and not an unpleasant memory—to once again be compared with Miss Marianne Dashwood. 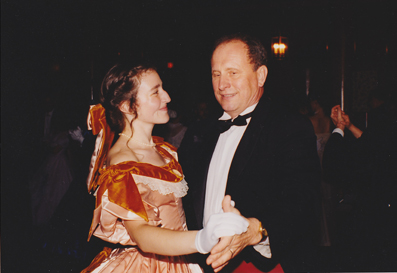 Is there anyone you’re frequently compared to, either fictional or real, favorable or not? What do you think it says about how others see you?